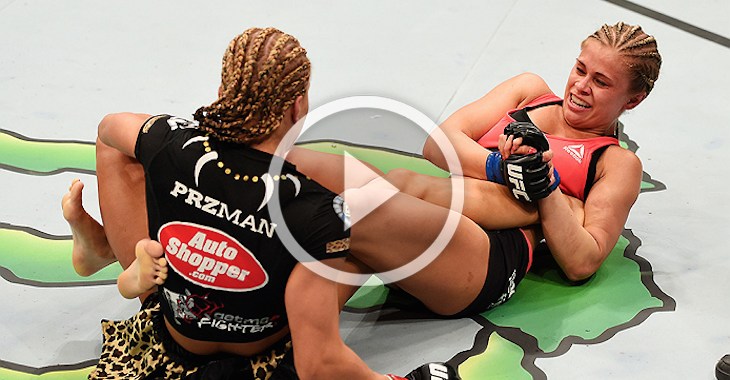 VanZant is of course coming off of a huge win over Felice Herrig at UFC on FOX 15. The TAM fighter talked to hosts Justin Buchholz and Chris Carlino aka Sir Studboy about whats next.

“I haven’t really decided yet because I just fought, so I’m going to let the UFC decide and they’ll tell me whats next.”

Buchholz asked VanZant what she thought about the new strawweight champion Joanna Jedrzejczyk, here’s what she had to say.

“She’s really good, definitely. I’m only ranked like 7th now, so I definitely want to fight someone in the top 5 and then just move up, she’s pretty good.”

Watch the clip above to see VanZant discuss her future: