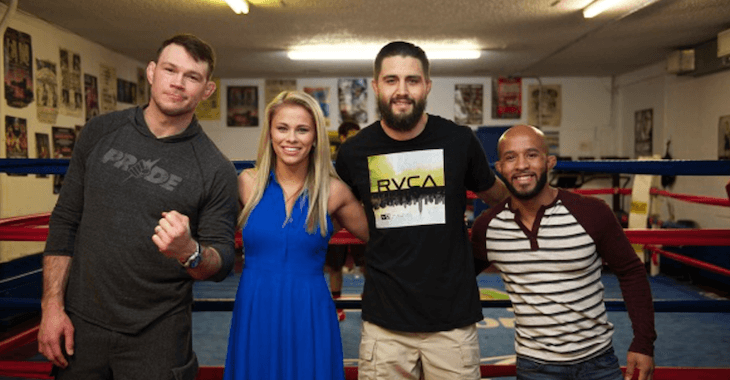 Team Alpha Male’s Paige VanZant came up big with another win at UFC 191. ’12 Gauge’ took on ‘Astro Girl’ Alex Chambers and beat her up for three rounds before eventually getting the armbar submission in the third and final round.

It was VanZant’s constant pressure that did it. She never gave Chambers any space to breath or find a rhythm. It’s just a constant go for her.

On a recent appearance on UFC Tonight, the strawweight said that she believes training at TAM, with a mostly male team, in fact helps her handle business inside the octagon.

“There’s a family and a team aspect. There’s also a pro athlete gym, They’re making sure I’m ready for my fight. Training with men is better. There’s less drama, and if I can stand three or five rounds with the guys, I can handle a fight with a girl. They definitely hit harder than any girl I’ve fought.”

“I go in there and do my job. I like to win more than anything in the world. Once the competition starts and the bell rings, I have to be the best.”