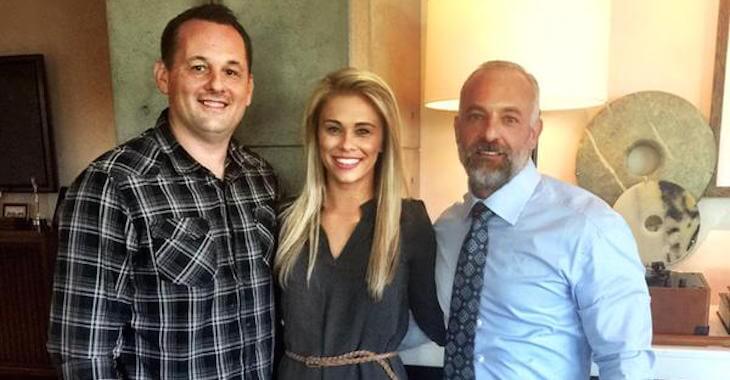 According to UFC strawweight and Team Alpha Male fighter Paige VanZant, she just locked down a brand new UFC contract and got her next fight finalized.

’12 Gauge’ took to Twitter to announce the news, sharing a picture of herself with UFC CEO Lorenzo Fertitta.

VanZant is a fast rising star and fan favorite who is currently 3-0 in the UFC after dominating TUF 20 cast member Alex Chambers at UFC 191. She has taken out everyone she’s face in the octagon, using her relentless pace and never backdown style. Before Chambers, she easily took out veteran Felice Herrig and young Hawaiian standout Kailin Curran.

No word on the details of the contract, or who her next opponent will be, but we’ll keep you updated.

Just signed a new @ufc deal and got my next fight lined up 😉 pic.twitter.com/EaT8NRpbEx