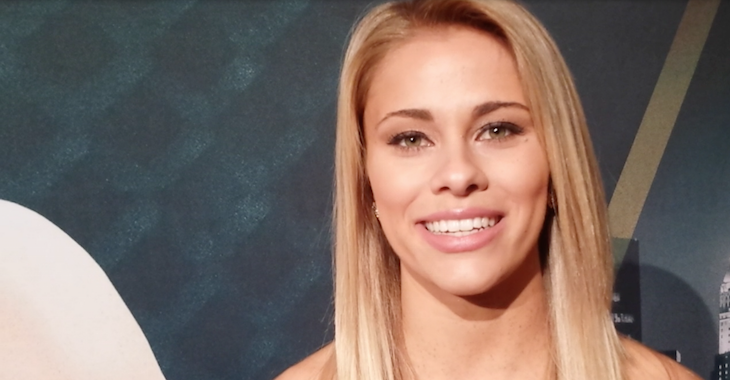 UFC strawweight Paige VanZant recently spoke with Submission Radio about her critics and her blessings with her career in mixed martial arts. VanZant ranked number 6 in the UFC strawweight division has an upcoming bout with number 3 ranked Rose Namajunas, at UFC Fight Night 80 on Dec. 10 at The Chelsea at The Cosmopolitan in Las Vegas, Nevada.

VanZant spoke about her career and how some have criticized her for her looks attributing to her success (transcribed by Mixed Martial Arts):

“I wanna say it wasn’t hard, but it was,” she conceded. “I’m somebody who…I do take what people say to heart, and it was hard at first, but then I have to look at it like, I have so many blessings in my life. There’s no way I should look at anything like this with a negative heart or with a negative emotion behind it. So I just think about how blessed I am, and how hard – I know how hard I’ve worked, and I know what I’ve sacrificed, and I’ve had a very, very hard road to get to the UFC. So I know I deserve every second and every opportunity I’m getting, and I’m just going to continue to win fights and make a great statement for these companies. I am very blessed to be a part of Reebok, and I just want to continue be a good representative of their company, and for all the companies I work with moving forward.”

“I think people just still have to remember that this is still an entertainment industry. It’s all about ticket sales and it’s about how many people you can bring to the fights, and how many sales you can get. And in reality though, if I lose my fights, none of it matters. It doesn’t matter if people think I’m good looking, it doesn’t matter if I have this draw behind me. If I lose my fights, I’m gonna lose all of that. So for me, the pressure is still high. The pressure is still on to win fights, and I’m gonna continue to do that.”