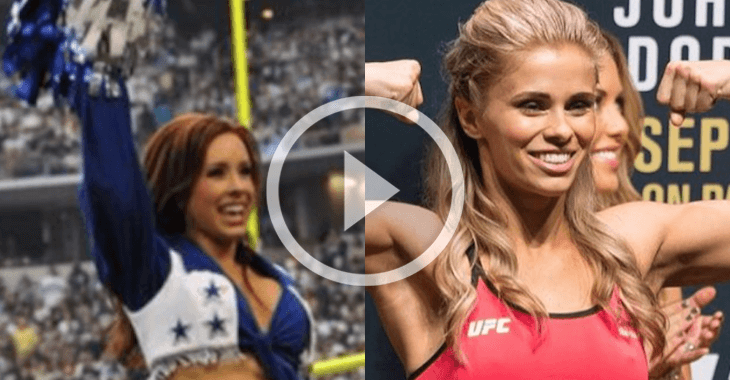 UFC strawweight Paige VanZant will fight Joanne Calderwood on Dec. 10 in Las Vegas. The fight will serve as the night’s main event and the whole card will stream on UFC Fight Pass.

VanZant is currently on a three fight win streak and is rapidly growing in popularity. VanZant is on somewhat of a TUF alum tear. In her last two fights she’s taken out TUF 20 cast members Felice Herrig and Alex Chambers. If she can beat Calderwood, who was also a cast member, than she might just start being called the TUF 20 killer. No? Ok.

Anyway, the fighter recently held a fan Q&A on the UFC’s Periscope account and answered all kinds of questions.

One was about getting punched in the face. VanZant said that it’s actually not that bad and that she was injured and hurt a lot worse when she was a cheerleader.