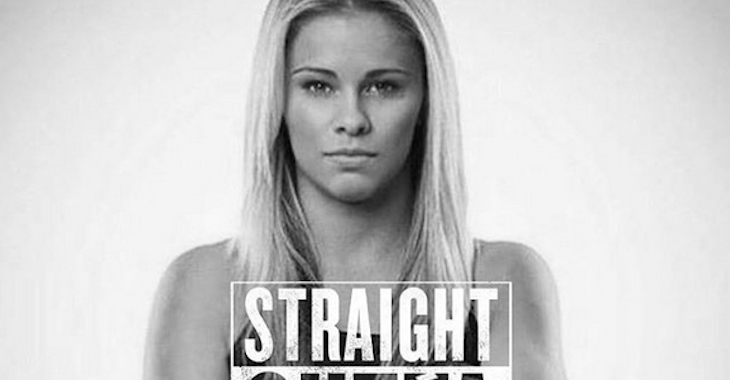 With just two fights in the octagon to her name, Paige VanZant has already secured the hearts of millions and the paychecks of Reebok. Her most recent outing in the cage took place on national television as she put a whooping on Felice Herrig for fifteen minutes before picking up the unanimous decision victory.

Several fighters and celebrities have already had their fun with the “Straight Outta…” generator, but VanZant was sent this one from a fan and had to share it! VanZant started fighting when she was eighteen years old, straight out of high school!

Hahaha I didn’t make this one but I though it had to be shared!!! So funny!

Paige VanZant is set to square off with Alex Chambers at “UFC 191” in September. Who do you have walking away with the “W”? Share your thoughts in the comment section below!