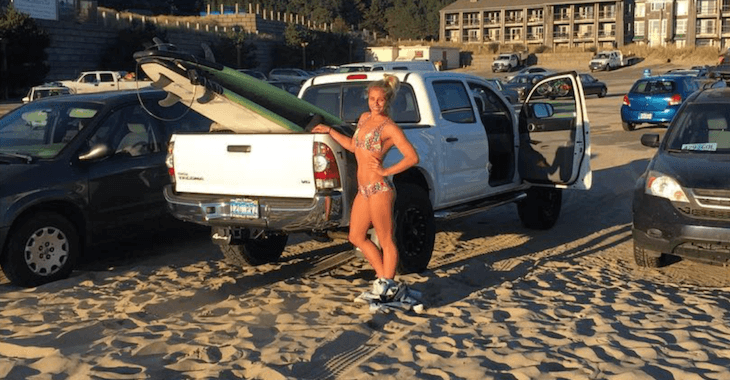 UFC strawweight Paige VanZant seems to be enjoying her UFC 191 victory. The Team Alpha Male fighter just got done putting a beating on Alex Chambers this past Saturday en route to a third round submission win. She’s still unbeaten in the octagon and quickly moving up the rankings. Still, it was acknowledged by both VanZant and Dana White that she doesn’t need to be rushed into anything, although it might be hard to slow her down.

Obviously there’s no word on her next opponent, since she just fought, but there are already plenty of fighters calling her out. TUF 20 cast members Randa Markos and Bec Rawlings have both expressed interest in a fight with ’12 Gauge.’

Check out her celebratory trip to the beach following her big win!