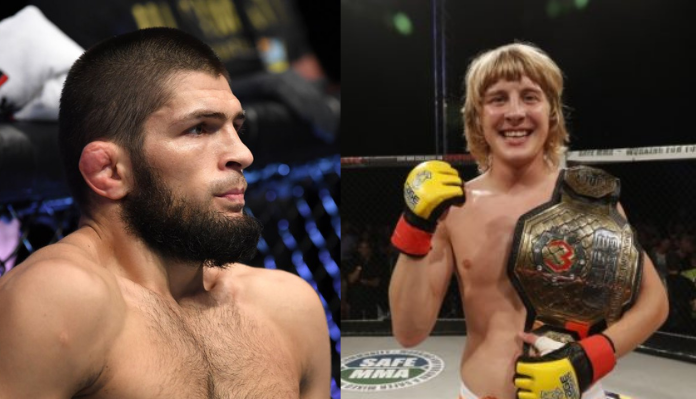 Paddy Pimblett has been making plenty of headlines ahead of his UFC debut. The former Cage Warriors champion has never been shy about speaking his mind, and has now fired shots at Khabib Nurmagomedov following ‘the Eagle’s’ comments about his appearance on Mike Tyson’s Hotboxin’ podcast.

With Nurmagomedov now retired, the chances of Pimblett getting to fight him one day seem remote. They are however, in the same division. With that in mind, perhaps the Liverpool-native is seeking to plant the seed in case there is a chance of one day facing the Dagestani icon.

“I’d love (bringing Khabib out of retirement) lad, I would. I’d love that. But I can’t see him coming back at all. He’s become the Karen of the MMA scene.”

“On the podcast with Mike Tyson the other day lad he’s going, ‘Oh can you put this fast food away and this weed?’ No lad! It’s his podcast, he’ll do what he wants. Shut up! You’ve been invited on as a guest lad. Do as you’re told you divvy,” Pimblett added.

Pimblett might have had a chance to fight Nurmagomedov had he joined the UFC earlier. Pimblett has been linked with the move for several years. And the 26-year-old will finally make his Octagon debut against Luigi Vendramini at UFC Fight Night: Brunson vs Till on September 4th.

Pimblett comes into the fight riding a two-fight winning streak and will be looking to live up to his reputation as one of the best fighters in the UK.

‘The Baddy’ certainly isn’t shy about calling for the big names, and encouraged a future bout with Conor McGregor.

Pimblett has drawn comparisons with McGregor in the past. Both fighters grew big cult followings on their way to winning belts in Cage Warriors, both compete at lightweight and both have big personalities. 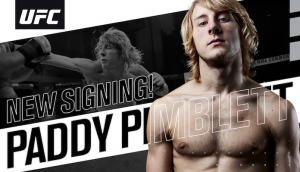 Giving his thoughts on one day going toe-to-tow with the Irishman, Pimplett said,

Do you expect Pimblett to make a splash in the UFC?