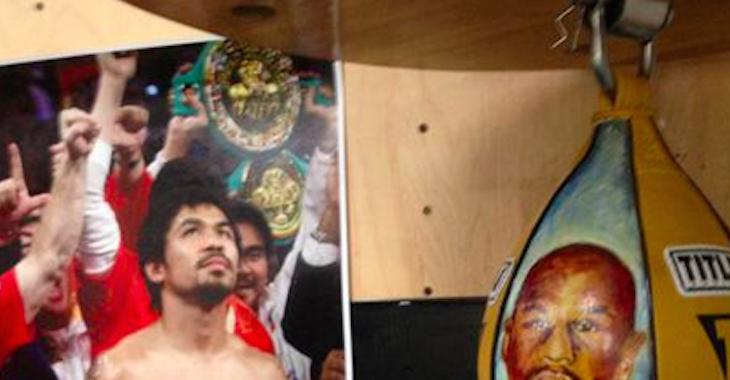 Floyd Mayweather performed his ritual by putting tape over the eyes and mouth of a picture of Pacquiao before he started hitting the speed bag. Pacquiao responded by putting Mayweather’s FACE on his speed bag! Check out the full picture below.

BJPENN.COM IS YOUR HOME FOR MAYWEATHER/PACQUIAO FIGHT NIGHT COVERAGE ON MAY 2ND