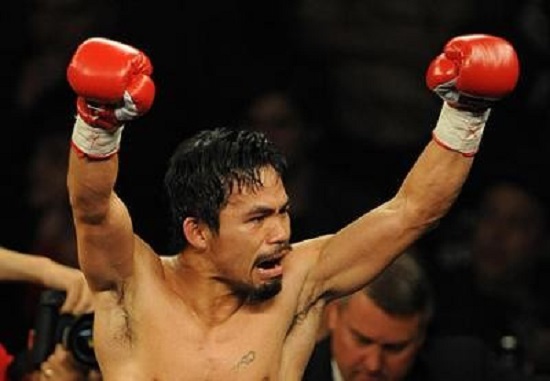 Negotiations for a boxing super fight between Manny Pacquiao and Floyd Mayweather are as close as they have ever been, but there are still some hurdles to overcome.

Last week, Bob Arum announced that Pacquiao had agreed to all of the terms set by Mayweather’s representatives. Those terms included a 60/40 earnings split with “Money”, as well as a tentative fight date slated for May 2.

Now all that is left to accomplish is to have Mayweather sign on the dotted line.

“Pacman” and his promoters recently handed Floyd a deadline to sign on for the fight, as he told the LA Times in a recent interview:

“My promoter and I, we’ve already agreed to the terms and conditions of whatever he wants. We’re just waiting on the signed contract from him,” Pacquiao told the LA Times, while also admitting he doesn’t know the finer details of what’s holding up the deal. “That’s the hard part – if they will fight or not. We have to know soon, because if they will not fight, we can move on and choose another opponent”

“We have a deadline.. This month.”

“I don’t have an idea,” Manny said if he thinks the long overdue bout will finally push through. “The fans deserve this fight. We’re waiting on the signed contract. It’s up to them.”

Mayweather responded to Pacman’s comments on The Whoolywood Shuffle:

“Pacquiao said that he agreed to everything. What did you agree to? You have no say so,” Mayweather said. “You have a boss. That’s called Top Rank Promotions. That’s not called Pacquiao Promotions. With my company, it’s called Mayweather Promotions.”

“Do I want to fight Pacquiao? Absolutely! Are we negotiating? Absolutely! But has the fight been made? Not at all,” he continued. “We’re trying, but it’s been extremely difficult dealing with Top Rank. I don’t want to sit right here and point the finger at Pacquiao and say it’s him, because it’s not Pacquiao. It’s his promoter.”

“So a lot of times when Pacquiao says, ‘Oh, I agree’, You don’t have nothing to do with this. You’re not a boss. On the chess board, you’re a pawn.”

Do you think this boxing super-fight will finally come to fruition? Sound off Penn Nation!