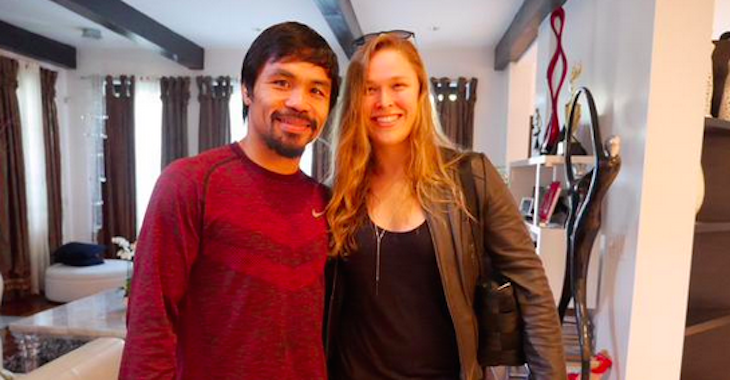 In the midst of preparing for their huge pay-per-view bouts, Ronda Rousey and Manny Pacquiao were seen hanging out together earlier this week.

Thank you for visiting me @RondaRousey and for your support. God Bless! pic.twitter.com/Dcflha6aFR

Ronda Rousey will be defending her UFC Women’s Bantamweight Championship against Brazilian Bethe Correia in her home country. Manny Pacquiao will be going up against Floyd Mayweather in what might go down as one of the biggest boxing fights in the sport illustrious history.

Who do you have for both fights?