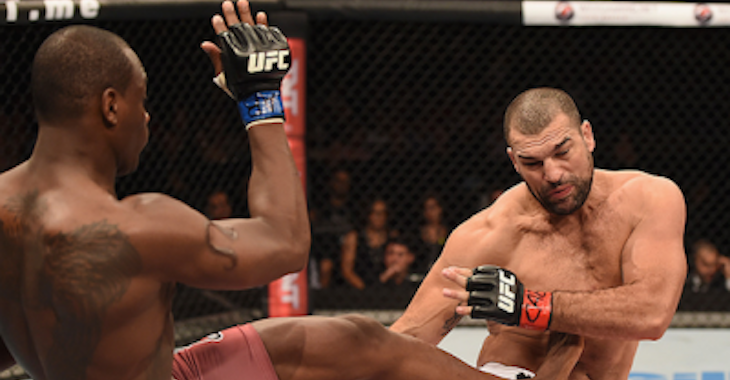 “He comes from a strong gym and has KO power. He’s well-rounded all across the board. I’ve faced top fighters before, too. It’s just one of those things where if I go in there and implement my gameplan. If I go in there with the natural killer instinct I usually have, I’ll have no problem. I tell everybody, if you blink, you might miss it. I think I probably have the most knockout power in the 205-pound weight class.”

UFC light heavyweight Ovince Saint Preux will fight tonight in Nashville at UFC Fight Night 73 when he faces off with Glover Teixeira in the main event.

Ahead of that bout he told Megan Olivi that he believes he’s got the most KO power in the 205 lb. division.