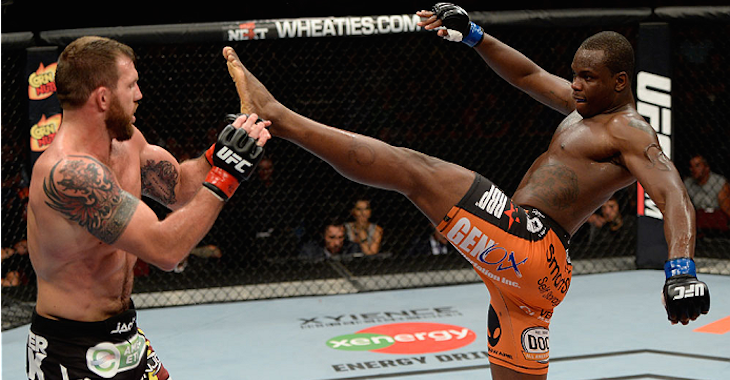 UFC light heavyweight contender Ovince Saint Preux is looking for a fight, and is willing to get down to business tomorrow if possible. After having a KO win streak come to a halt at the hands of Glover Teixeira, Saint Preux just wants to “get back in the cage, knock someone out, and get back to winning.”

“I’m healthy, I’m motivated, and I can’t wait to fight again,” he told UFC Tonight, through his coach Joey Zonar.

“When do I want to fight again? I’d fight tomorrow if someone would step up. When [heavyweight contender] Stipe [Miocic] got hurt [before last week’s UFC Dublin card] I tried to get Joey to set up me as the replacement fight vs. [Ben] Rothwell. Who do I want to fight? Anyone.

Who would make for a good old-fashioned slugfest with Saint Preux? List the best matchups in the comment section!