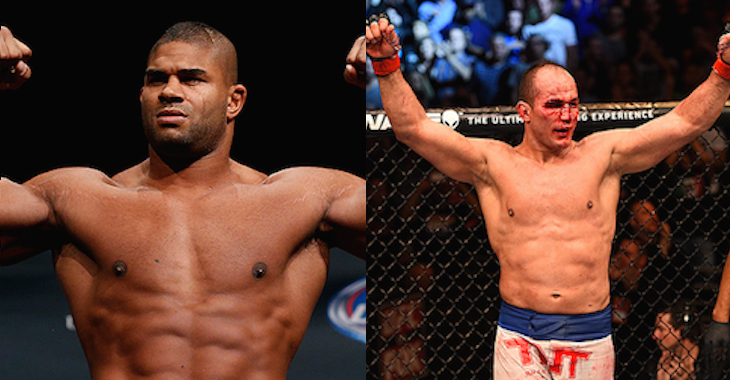 The UFC heavyweight division may be far from stacked, but there are several match-ups that NEED to happen before it’s too late and “The Reem” vs. JDS is one of them.

The two were scheduled to square off at UFC 146 years ago. Overeem had knocked out Brock Lesnar and earned a shot at the then-champion Junior dos Santos. The Nevada State Athletic Commission put the kibosh on the fight when “The Reem” tested positive for banned substances, however. Instead, Dos Santos easily dispose of Frank Mir in the main event of the card.

Now, the two heavyweights have been bickering on social media teasing a fight for weeks. Alistair Overeem claims the contract is made and all Junior dos Santos has to do is sign it:

Do you think this fight will ever take place, or will they continue to argue online forever? Share your thoughts in the comment section below!