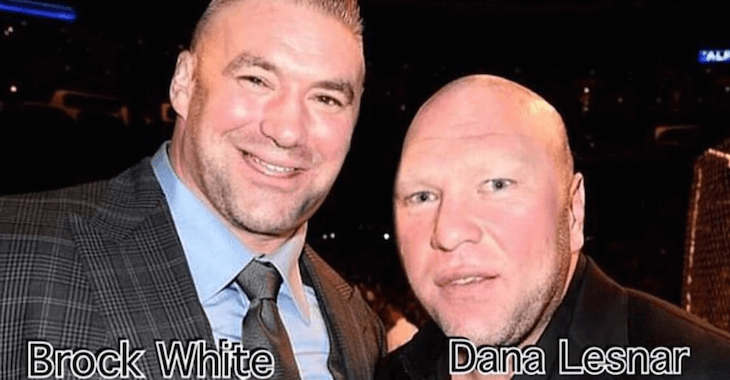 Is it just me or has there been a lot of great UFC photoshops lately?

UFC heavyweight Alistair Overeem is adding to the library with this great picture he posted on his Instagram. It shows Dana White and former heavyweight champ Brock Lesnar standing next to each other.

Except, because the internet is great, it doesn’t quite look right. The photo shows both men with their faces switched, Lesnar’s face on White’s body and visa versa.

‘alistairovereem And.. The @UFC chronicles continue 👀😂😂😂😂😂😂’