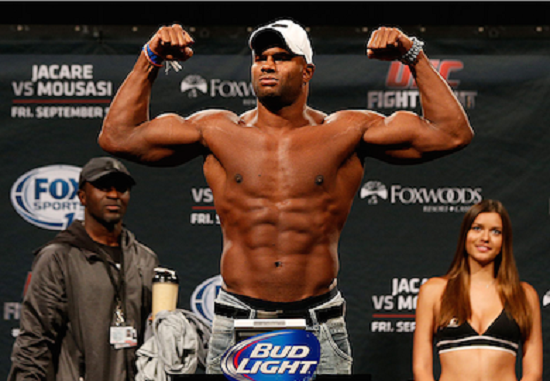 Despite an early TKO loss to Ben Rothwell at UFC Fight Night Jacare vs. Mousasi in September, Alistair Overeem still believes he can beat Rothwell 9 out of 10 times.

After the loss, many began calling Overeem the biggest bust in UFC history, calling for ‘The Reem’ to be cut, however the UFC decided to give him another shot, against Stefan Struve at UFC on FOX 13: Dos Santos vs. Miocic.

Overeem discussed his decision to fight less than 3 months after his loss to Rothwell, as well as why he believes he can still beat Rothwell 9 out of 10 times, with Submission radio.

“So yeah we just need to pick ourselves up and get back at it, and that’s exactly what we’ve been doing. So I’m actually looking forward to getting in there again and closing the year with a win.”