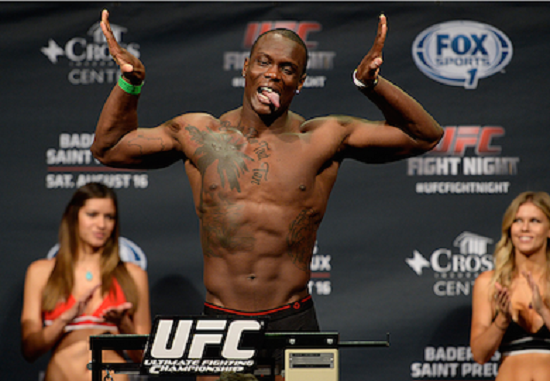 Ovince Saint Preux KO’d MMA legend Shogun Rua last night in the main event of UFC Fight Night 56 in just 34 seconds, pulling off an impressive comeback in a bout he stepped into on short notice.

OSP spoke at the post-fight press conference about the finish, and even admitted he was surprised.

“I thought I could win this on my feet. It’s bad to be aggressive against me. I was a little surprised. When I landed the overhand, I said I might as well finish the fight. I was surprised.”

“I don’t think he was slow at all. The thing about me is that I’m super explosive and I can take you to the ground super quickly. I think he mistook my reach so I was able to catch him. I don’t think he’s slow, he still have it. He hit me with a couple of good leg kicks.”