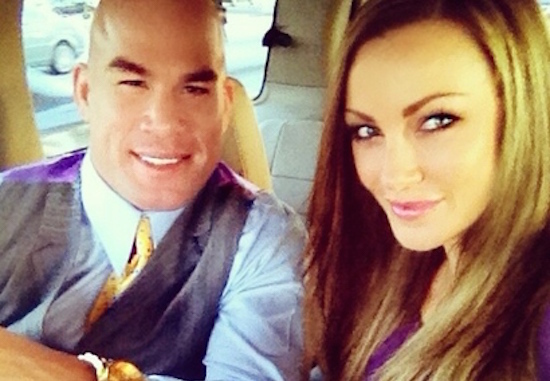 “When someone talks about a person’s fans, a person’s family, I take it very personally. I take it very personally and I can’t just let it slide by. I don’t think anybody in the world can let something like this slide by when they talk about your family. This guy wants to come out of retirement and fight me? And say the thing he said. He got his wish.”

“I would love it (A Bonnar Pre-fight drug test). I would pay for it (Bonnar’s pre-fight drug test). If Bellator doesn’t pay for it, I will pay for it. The guy has failed a couple of times already. He’s a fake. He’s a phony. The guy’s a joke, and he’s an embarrassment to the sport. The only reason this fight is happening is because he needs to pay his bills. Him talking about my family, I’m going to shut him up. Nov. 15, people are going to see how personal this fight is. There will be no handshakes. It’s something that I’ve never felt before in any part of my career at all.”