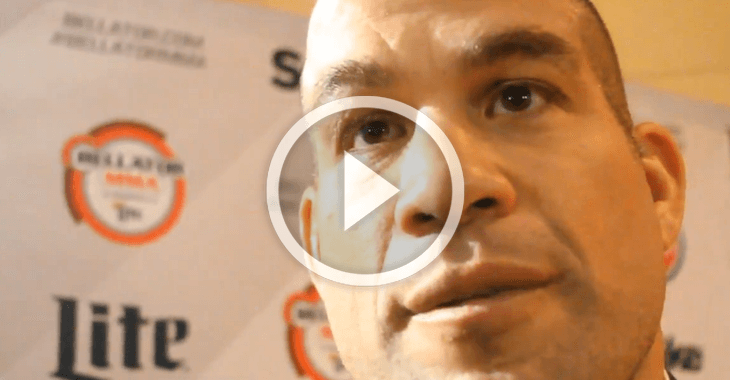 Legendary MMA fighter Tito Ortiz will once again challenge for a world title on Saturday night when he takes on Bellator’s undefeated light heavyweight champion Liam McGeary in the ‘Dynamite’ main event.

Ortiz is coming into the fight with a two fight in streak, over Stephan Bonnar and former middleweight champion Alexander Shlemenko. He’ll be taking on the 10-0 champ, who has finishes in 9 of those fights. Still, Ortiz told BJPENN.COM’s Layzie The Savage that he knows he’s the big underdog and actually hopes he’s an even bigger one as the fight grows closer. He mentioned how he was a 6-1 underdog going into his fight with Ryan Bader, a fight he won in under two minutes when he forced Bader to tap.

Ortiz also talked about all the doubters out there saying he’s done and past his prime and shouldn’t even be fighting for the title. One of those doubters? Bellator’s own ‘King Mo’ Lawal. Ortiz and Mo have had some bad blood for a while now, with Mo insisting that Ortiz has been ducking him, and recently Mo told the media that there’s no way Ortiz wins the title.

Tito fired back, saying that ‘King Mo’ has been around for fifteen years and still no one knows who he is.

Watch the full interview below!