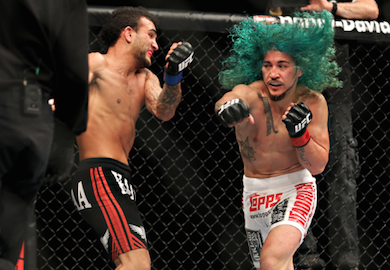 Another one of UFC’s finest has failed a drug test.

This time it’s, TUF 14 competitor Louis Gaudinot, who was recently revealed to have had his latest 76 second submission-win overturned.

The flyweight fighter tested positive for diuretics and has been suspended for six-months by the UFC, who acted as the bouts governing body in the absence of an Athletic Commission.