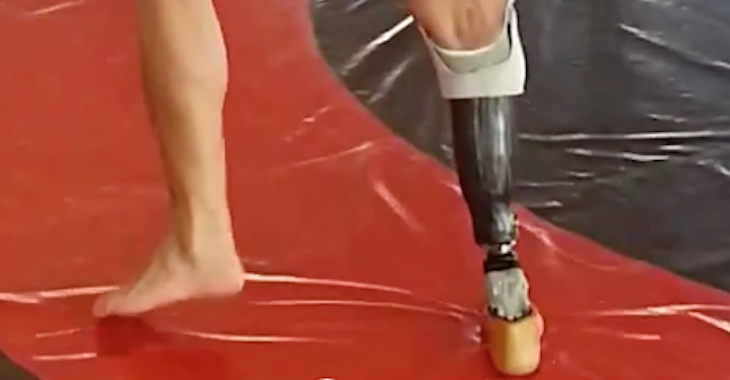 Salkicevic lost his leg in 1994, when his home country of Bosnia was in the middle of a war. Gernades that landed near him, while he was playing at his house, erupted and killed his father. Salkicevic was badly injured and ended up losing his leg.

Salkicevic talked to GNP.de about his situation and says one of the biggest things he notices is that people look at him and approach him differently than other champions in the sport, because of his leg, and he wishes they would stop.

“Everyone who knows me, knows, how hard I train. It’s not right when people don’t treat me like a regular athlete. I have achieved more in this sport than many fighters who step in the ring without a handicap.”

“Many people out there have a handicap and no trust in themselves to make something happen. But you can never give up on yourself. Even regular people have to fight to reach their goals in life. You have to always show courage, and you will be rewarded someday.”