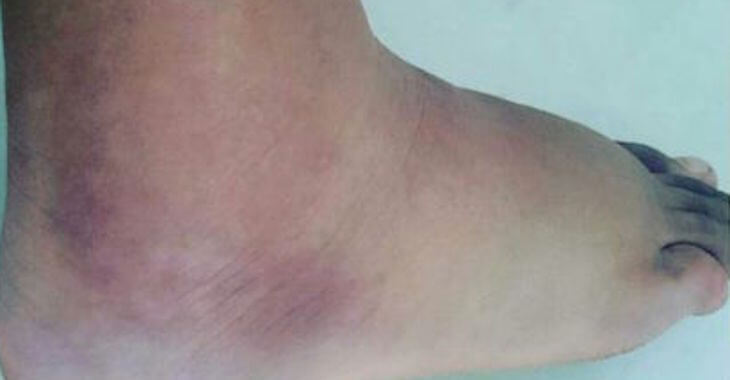 That makes it four in a row for the Mexican fighter, but unfortunately he didn’t leave the octagon Saturday night without a few bumps and bruises.

The fighter injured his foot during the final round of the fight and boy did it blow up. Check out these pictures: Rodriguez is 6-1 in his young MMA career and seems to be on the rise fast. Let’s hope he heals up quickly from the injury, which has yet to be diagnosed.