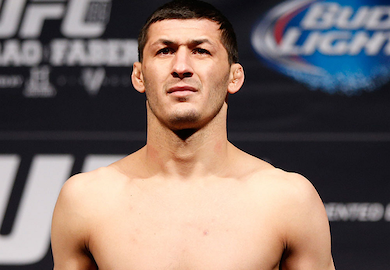 Richard Odoms has been forced out of his UFC debut against Ruslan Magomedov, and as a result Yancy Medieros vs. Justin Edwards has been pushed to the main card of the UFC 177 PPV.

The UFC has said that they will not seek a replacement opponent for Magomedov, and instead he will be booked on a future show.

UFC 177 takes place on August 30th from Sacramento and features the rematch between TJ Dillashaw and Renan Barao.

The UFC 177 lineup is currently as follows: