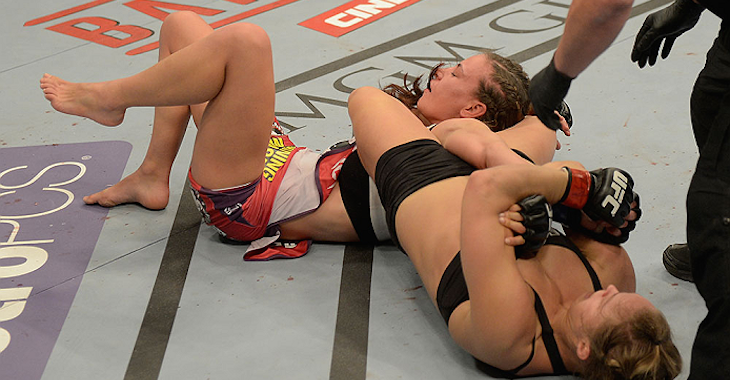 Surprise! People aren’t giving Miesha Tate much of a shot against Ronda Rousey the third time around. But the third time’s the charm right? Wrong.

Those dumb sayings mean nothing against Ronda Rousey. It is so hard to imagine Tate doing anything different in the third fight that would be able to dethrone the champ, so of course the early odds aren’t in her favor.

Oddessa.com opened with Rousey as a 11-1 favorite over ‘Cupcake’, despite the facts she riding a four fight win streak.

Are any of you giving Tate a shot this time around?