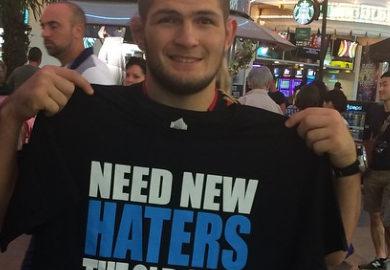 According to the program, Khabib admitted that he wanted to smash Cerrone, that he beat dos Anjos 200%, and that he is the division’s number 1 contender.

The Russian based fighter said that Anthony Pettis was an easy money fight, and that if Pettis doesn’t know how to say his name now, he will by next year.

The Sambo master is expected to make a return in early 2015.