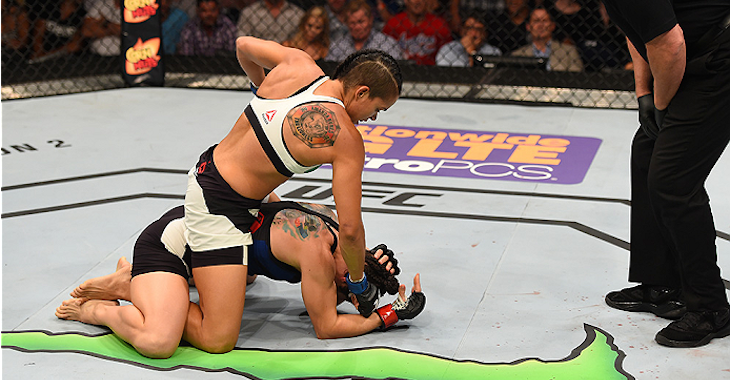 UFC bantamweight Amanda Nunes is coming off of an impressive stoppage of former title challenger Sara McMann, one that put her name into the title picture.

However, as we all know by now, Holly Holm was given the next title shot and will fight Ronda Rousey at UFC 195 on Jan. 2.

However, UFC president Dana White said that he would like to have Nunes take on Miesha Tate on the same card. So how does Nunes think she’ll do against Tate? Here’s what she told FOX Sports:

“For some reason, I’m not going to fight for the title but this is going to help me. I’m going to keep getting better.”