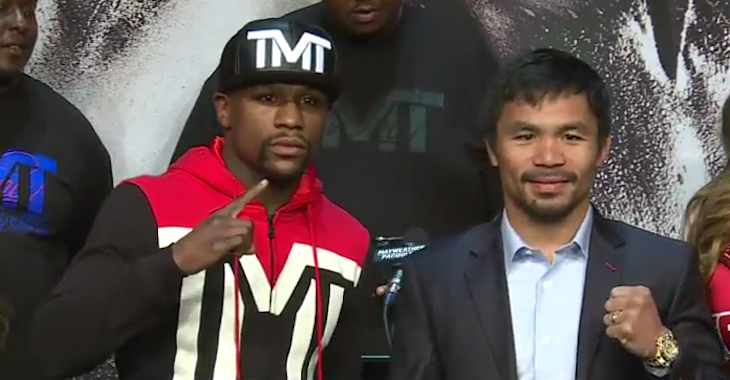 Regardless of how many pay-per-views Conor McGregor and Chad Mendes sell for “UFC 189” next weekend, chances are their pay days will not be anywhere near Floyd Mayweather’s.

In May, Floyd Mayweather met Manny Pacquiao in what was being labeled as the biggest fight in boxing history. While the fight itself did not live up to expectations, the two legends still managed to break records and as a result of that, will get an astronomical payday.

ESPN is reporting that Floyd Mayweather will make up to $230 million for thirty six minutes of in-ring action. Manny Pacquiao, based on the agreed 60%/40% payout split will be earning around $150 million.