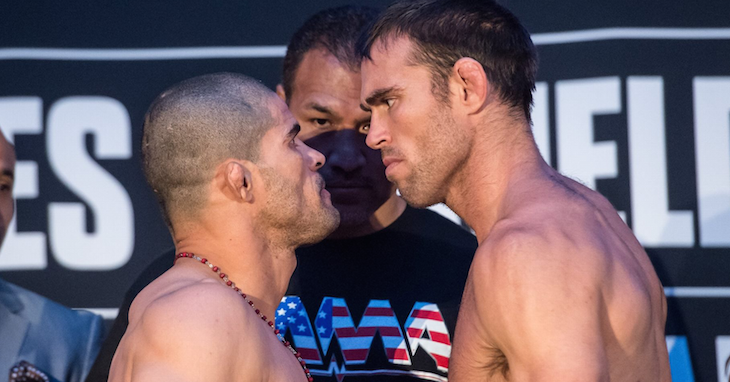 August 1, 2015 was a historic and extremely busy night in the world of mixed martial arts. World Series of Fighting chose to rival Ultimate Fighting Championship by running “WSOF 22: Palhares vs. Shields” while Rousey headlined “UFC 190”. Of course, Rousey and company outdrew WSOF, but who would have thought WSOF would be talked about more than the “Rowdy”/Correia fight a month removed from the night?

During the main-event of WSOF 22, Rousimar Palhares utilized cheap tactics such as eye gouging to secure an advantageous position on Jake Shields before he submitted him in the third round. In true Palhares fashion, he held on to the hold for too long which caused Shields to become irate and strike Palhares after the bell rung.