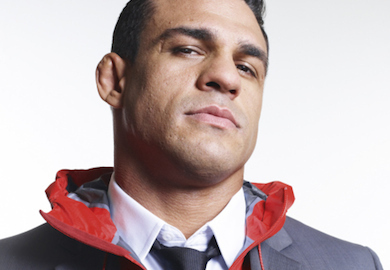 Just moments ago in Las Vegas, Nevada, Vitor ‘The Phenom’ Belfort was granted a license to fight Chris Weidman on December 6 in Las Vegas.

Prior to today’s NSAC hearing it was unknown if Vitor could overcome failed drug tests and a ban on TRT to return to action and get his promised UFC title shot.

The license is conditional.

Vitor cannot fight outside of Nevada, must fight in Las Vegas and nowhere else. He must wait until December to fight, and he must pay for any and all ‘reasonable’ drug testing requests by the commission.

The Commission stated they want to drug test him until he retires, at his own expense, any time they see fit, and Belfort agreed, stating that he’s looking forward to showing the world he doesn’t need TRT to win.