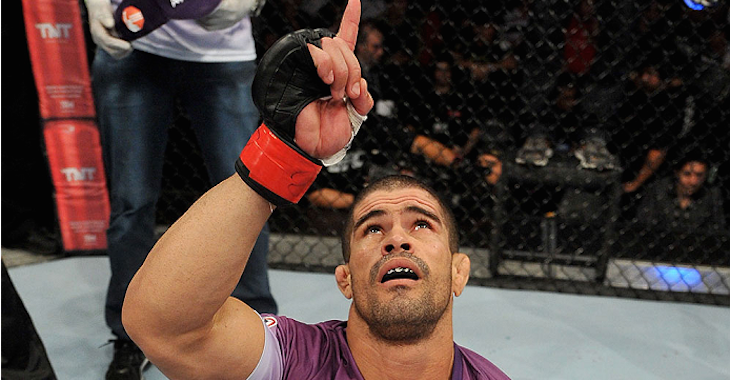 Just as much as people talked about Jake Shields and Rousimar Palhares’ actions after WSOF 22, they also talked about referee Steve Mazzagatti.

Mazzagatti has been called out for spotty referring in the past, perhaps most notable, the instance from the Brock Lesnar vs. Frank Mir fight.

Lesnar was furious with Mazzagatti for failing to call off the fight in a timely manner after Lesnar tapped to a heel hook.

Well, during WSOF 22’s main event, Mazzagatti failed to take a point or disqualify Palhares for multiple eye gouges. He also was out of place and took longer than he should have to move in when Palhares forced Shields to tap with a kimura.

According to NSAC executive director Bob Bennett, Mazzagatti was evaluated and will continue to referee bouts.