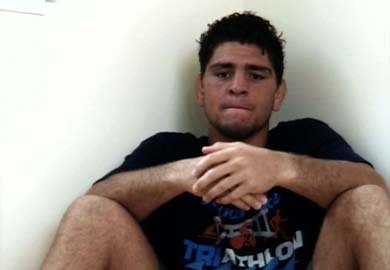 “I think Alistair has been doing the right thing as far as the commission is concerned and doing all the things that he needs to do to get back in their good graces. It’s looking positive and optimistic because he’s been doing what he’s supposed to do.”

With a bout announced recently between Alistair Overeem and Antonio “Bigfoot” Silva, it is clearly a foregone conclusion that “The Reem” is expected to get re-licensed after serving his suspension for elevated testosterone.

In this quote from UFC president Dana White (Above) he clearly states that the commission has granted the UFC permission to go ahead and book an Overeem bout and that is why they have not only booked but started promotion of the event.

In the case of Nick Diaz, it appears that if the NSAC isn’t so certain about licensing the Stockton native and he will have to jump through some additional hoops in order to get his career back on track!