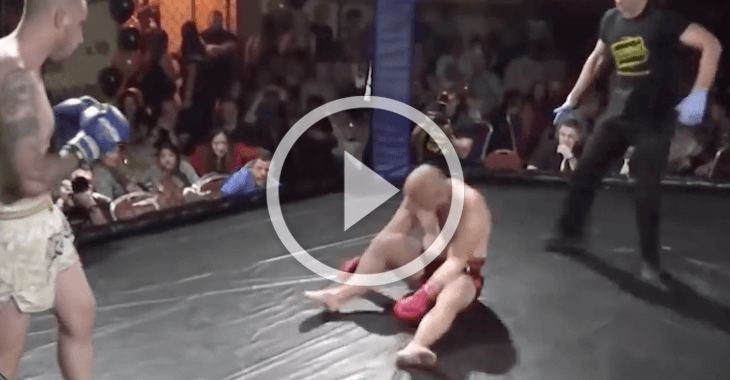 Man, it seems like this just keeps happening more frequently now. Obviously, the most notable is the injury suffered by former UFC middleweight champion Anderson Silva, from when he fought Chris Weidman the second time.

More recently, we saw an M-1 Global fighter suffer a very similar injury and now, we have another one.

In this clip we see, again, a fighter two a leg kick. All is well, so, he decides to throw another one. This is when things go horribly wrong.

He connects, then steps back and his leg completely folds underneath him and he goes down. He realized what had happened, grabbed at his leg and rolled over in pain.