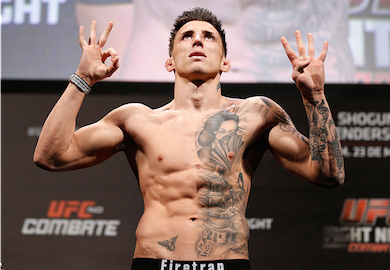 “We just asked Dana that at the end of the bout. He said, ‘Yeah, there’s a possibility.’ He said they’re looking at their options. That would be a great opportunity for me to headline or co-main event. The last time they were there was 2007, so that’s a long time ago. That would be great if they could have an event there. That would be absolutely unbelievable.”

UFC Fight Night Dublin winner, Norman Parke told the press following his win on Saturday that he’s ready for a bigger role within the UFC.

The TUF smashes winner also said he would like to face Diego Sanchez and hoped the UFC could put that fight together.