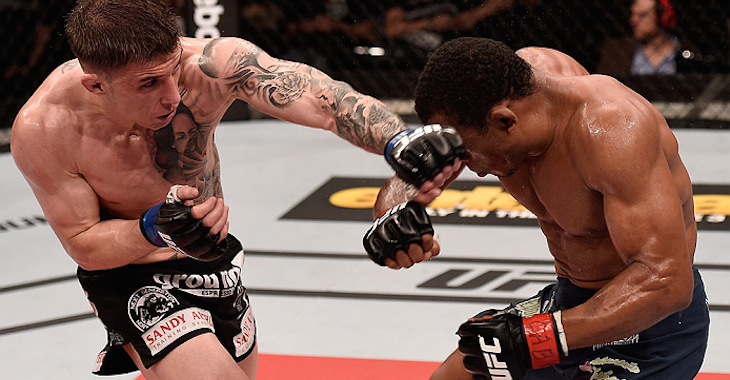 Norman Parke and Francisco Trinaldo battled to a decision at UFC Fight Night 67 this past Saturday in a bout that left some fans scratching their heads. Parke was furious with the decisions and was convinced that he was screwed out of a decision victory when Trinaldo’s hands were raised.

After the conclusion of UFC Fight Night 67, Parke told Guilherme Cruz of MMAFighting, “Brazilians judges are a joke. I won this fight. I’ll never fight in Brazil again.”

Parke received the nod from just one judge with a 29-28 while the other two judges scored the bout 29-28 in Trinaldo’s favor. Do you think Parke got screwed? Share your thoughts in the comment section below!