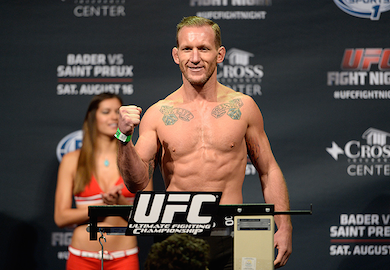 eThe former two-time title challenger is looking to get back in the cage, despite popular opinion that he should retire.

The UFC on FOX crew broke it down during Wednesday night’s broadcast, stating that Maynard will go to medical facilities in South Dakota to get a clean bill of health, and fight on.

Maynard last saw action this past weekend getting finished by Ross Pearson’s punches. It was his third straight defeat and fourth KO in five fights.