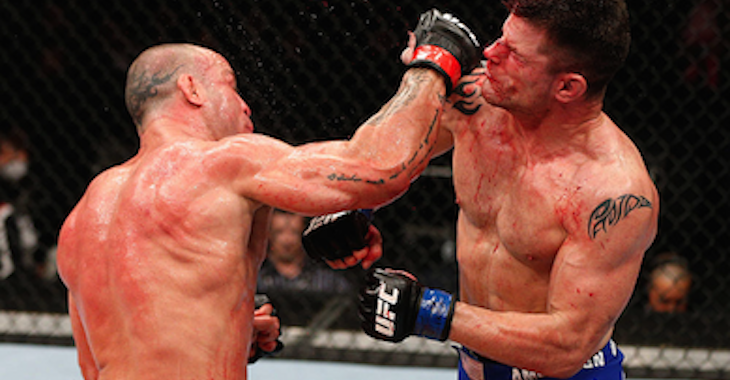 Former PRIDE champion and MMA legend, Wanderlei Silva (35-12-1), has not competed in mixed martial arts since March of 2013, when he scored a knockout victory over Brian Stann.

“The Axe Murderer” is currently under suspension, this after he ran away from NSAC officials who were attempting to administer an unannounced drug test.

Wanderlei recently spoke to Combate during a press conference in Brazil where he stated that no promotion in the world could afford his talents and that he is taking a stand for his fellow fighters (transcribed by BloodyElbow):

“Given the conditions they imposed, the way they treat athletes and our payments, which is not a lot, I don’t intend to come back. There’s no event in the world that can pay what The Axe Murderer is worth.”

What do you make of Silva’s recent statement? Sound off in the comment section.