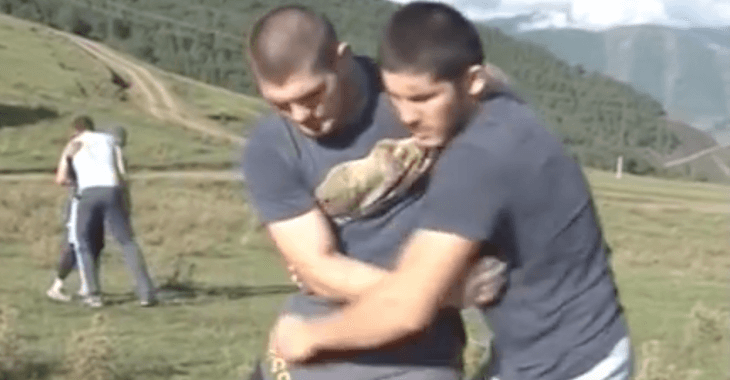 Undefeated UFC lightweight Khabib Nurmagomedov is set to return to action against the dangerous Tony Ferguson at ‘The Ultimate Fighter 22 Finale’, which will take place on Dec. 11 in Las Vegas.

It will be the first time Khabib has fought since he beat Rafael dos Anjos in April of 2014. That was before Dos Anjos won the lightweight title.

Now he’s getting ready to come back and and to get to the top of the division and hopefully get title shot.

Check out the video below showing Khabib training in the hills of his home country, with his pals and his coach, aka his father.