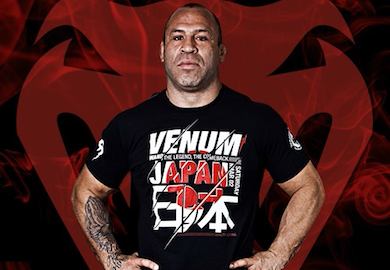 According to a recent lawsuit filed by the world’s largest sporting brand, they are.

The popular MMA apparel company responsible for the sponsoring of many top UFC fighters is apparently in some hot water for their logo and the way they present themselves in business.

Nike claims that they own the ‘Venom’ logo and are going after them for using it.

Sherdog Breaks down the legal complaint that was recently filed in the Oregon District Court:

– Because of NIKE’s use and promotion of the mark VENOM throughout the United States in connection with athletic apparel and equipment, consumers have come to associate VENOM as a source identifier of NIKE.

– Venum advertise, offer to sell, and/or distribute athletic apparel and equipment in the United States bearing the mark VENUM.

– Defendants intentionally attempt to draw associations between NIKE and Defendants. For example in addition to Infringing Products Defendants advertise offer to sell, or distribute authentic NIKE product on their websites. As of the filing date of this Complaint, Defendants were offering at least eleven different styles of NIKE boxing shoes on their website.