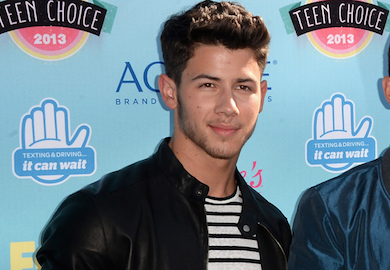 Top UFC featherweight fighter, Cub Swanson has had the rare opportunity of training and working with Disney Pop Star Nick Jonas, of The Jonas Brothers.

During their time together, and ahead of tonight’s new television series debut (Starring Nick Jonas as an MMA Fighter), the duo made some rough contact during training.

Via the Desert Sun:

“The actors did a really good job training and learning all the moves the best they could in a few weeks of training. I had to come in and carry the load as much as possible so we both look good.”

Swanson said he could pull his punches within an inch-and-a-half of his target. When Swanson got that close to Jonas, he was asked to pull the punches even further back. When Swanson pulled it six inches back, directors requested to pull back even further.

“Nick didn’t care, he was like, ‘Go for it.’ And during the fight scenes, in some of the moves, I hit him harder than I wanted to.” Swanson said one of the blows was a spinning back kick that landed on Jonas’ chest, but that Jonas was able to shake it off.