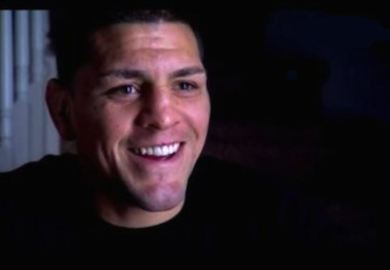 Now that he’s back with the UFC, Nick Diaz can see himself fighting at lightweight, welterweight and middleweight.

The Stockton based fighter explained these ambitions during today’s special UFC conference call.

“I think that’s one of my strength. I could probably fight, at a time, I thought, at any weight. I’m no bigger than I used to be now. I’m getting a little older, but I always thought I could fight at a catchweight at 160, or fight at 170, 185, maybe even at 155. My brother (Nate) seems to be able to do it. But I also think I could fight at 185 pounds, as well. I would love to prove any disbeliever (wrong).”

“I’m pretty heavy, and I naturally don’t really have a hard time gaining weight. I put on a lot of miles and a lot of work just to get down under 185 pounds or under 178 pounds or so for the cut.

“It can be pretty rough making 170 pounds, especially if I have fights back-to-back, because it’s just real easy for me to put on weight. That can happen real quick when you only have a small window to try to live life in between a fight.”