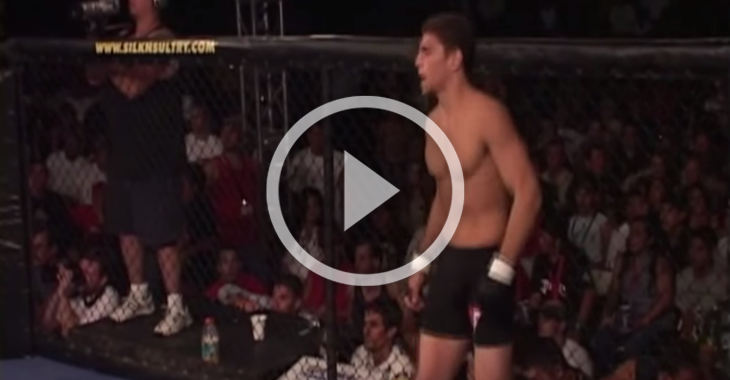 In his third fight of the night at the UA: King of the Mountain welterweight tournament, a 19-year-old and undefeated Nick Diaz would fall to the strikes of Jeremy Jackson in forty-nine seconds. It would mark the only time he would ever be stopped in his career. Ten months later, Diaz would step into the ring in defend his IFC United States welterweight title for the first time against the man who first defeated him. This time, the King of the 209 would get his revenge, and we have the never-before-seen video of this fight from July, 2003. Don’t ask us how we got this footage, because we don’t know. It showed up on our Youtube account watermarked and with a simple message in the notes: ‘this is really rare.’