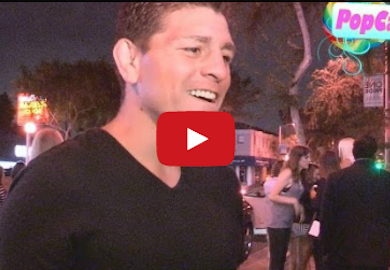 Sidelined UFC fighter Nick Diaz talks about what he would have done in Shogun’s shoes, had he been approached by robbers.

See what Nick has to say about GSP, right HERE.
For those who missed it, Shogun Rua was robbed over the weekend in Brazil. Check that HERE.