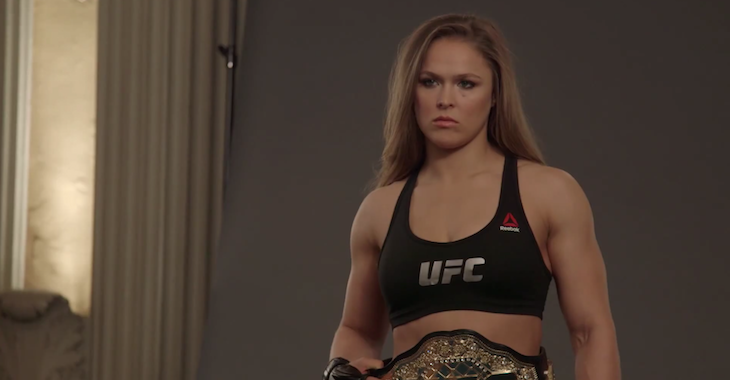 “If you gave me two months to train, give me eight weeks to train and develop some kind of skill. I know kids that are bigger than 135 pounds. I know seventh graders that are bigger than 135 pounds. Ronda Rousey, 14-second win, incredible. I just know that if me and Ronda Rousey were in the ring, she would not stand a chance. I almost out-weigh her by 100 pounds. And I get it, she does Judo and she’s dedicated her entire life to this craft. I get it. That’s why I say that I would need some training for two major reasons. One, for the conditioning of a fight. Two, I wouldn’t need some magical judo training; all I would need is to learn a few techniques on how to defend certain things. She’s not just going to take me down and body slam me to the ground. That’s just not going to happen.”

TMZ got the scoop on this one.

Ex-Dallas Cowboy player Jesse Holley discusses what it would take for a man of his stature to fight and defeat UFC bantamweight champion Ronda Rousey.