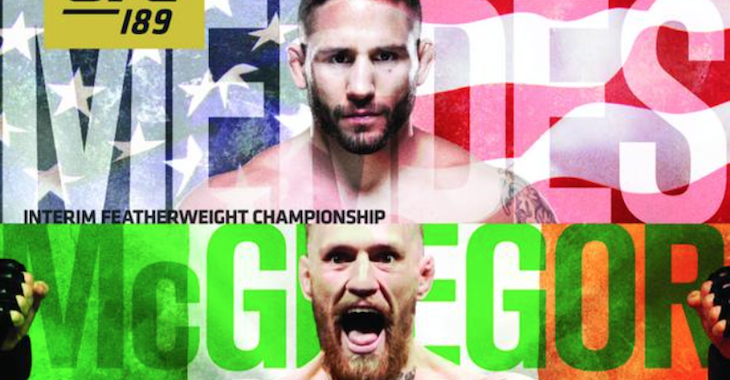 The UFC has had to make some last second arrangements because of featherweight champion Jose Aldo pulling out just two weeks away.

They have Chad Mendes to fill in and fight Conor McGregor for the interim title, but the promotion has already dumped a bunch of money into hyping up Aldo vs. McGregor. Now, with just two weeks to go, they have to crank out new posters and promos.