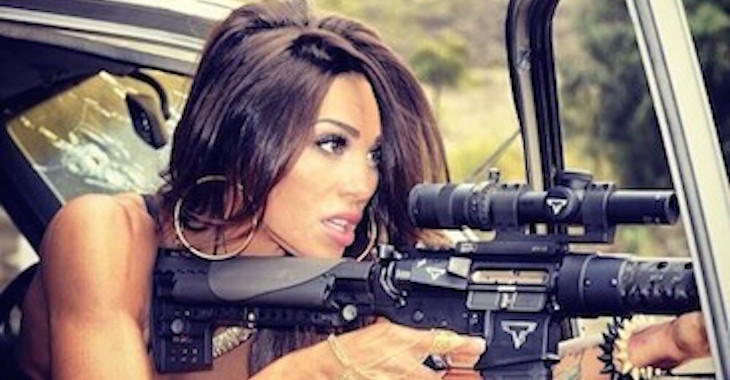 “This wasn’t something I was going out of my way to get into, they approached me. Before I knew it I was introduced to Bellator MMA CEO, Scott Coker and they flat out offered to fly me to every fight; all expenses paid.”

“I get to watch all the fights just a few feet away from the ring, and I get adopted into the amazing Bellator family, which is full of just really great and fun people. Oh, and I get paid on top that. How could I say no? I know guys who would wear those ring girl booty shorts to be able to have such an awesome experience!”

That’s what new Bellator MMA ring girl posted on her Facebook, in response to fans worrying that she was giving up her competitive shooting gig.

That’s right, Amy Jane, new ring girl, is also a competitive shooter and stunt double and fitness model and precision driver, all while being a mother as well. Needless to say she’s a pretty cool mom.