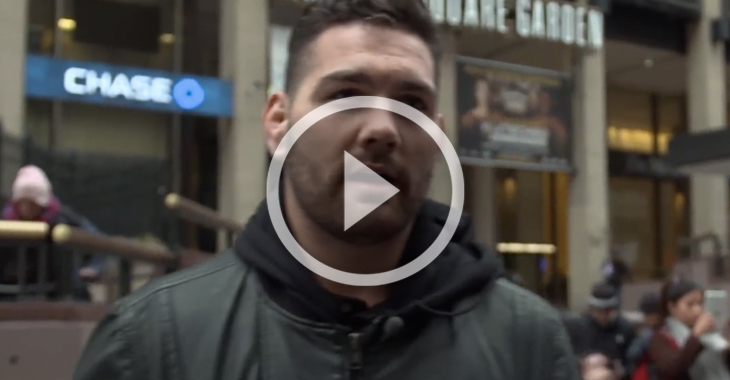 I envisioned two things when I came to this sport. One was to become champion and beat Anderson Silva, the other was fight at Madison Square Garden. That was always something I dreamed about. There’s no better feel—I get chills just thinking about it.

I wanted to clear out my division more before I got that super fight with Jon Jones— and that fight’s going to happen. At some point. I talked to him about it, face to face, and he’s excited too. Who’s the true king of New York, you know? You got two guys from New York. He’s the champ at 205, I’m the champ at 185. He’s undefeated, I’m undefeated.

Chris Weidman calls out Jon Jones to a fight in Madison Square Garden!