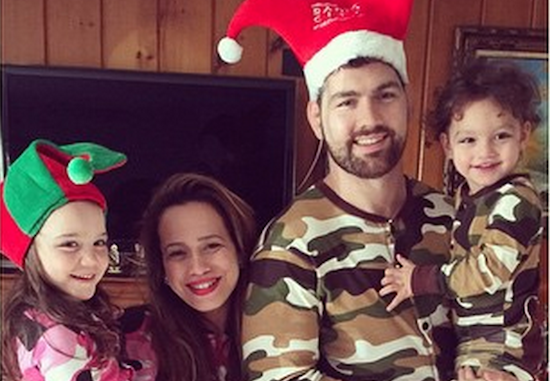 UFC fighters from around the world have taken to social media to share special thoughts, and moments from yesterday’s Christmas celebration.

It's a Christmas miracle. I made a good batch of cookies… And they match my outfit http://t.co/fUrVjCRhaA pic.twitter.com/m6sid7d4px

Shout out to the men and women of our Armed Forces that are away from home this holiday season. MerryChristmas! Appreciate your sacrifice 👊

Happy birthday to Jesus day! I hope that all of you are having an amazing day. Merry Christmas!! #onesies #merrychristmas

Merry Christmas to all !!!

Merry Christmas from my family to yours #teammighty #bekindtooneanother #grateful #blessed

Merry Christmas everyone. Hope Santa was as good to you as he was to me!

Merry Christmas everyone! Hope u all have an amazing day. #thankubabyjesus

Merry Christmas from my family to yours! Enjoying my family this year.

I will support Christmas because it is a good reason to get together with family, but I will not celebrate it as Jesus's birthday, it's not.

Happy Holidays I got to meet Santa Merry Christmas #teamtiny

Dam Santa didn't come, I must have been a naughty boy. Merry Christmas everyone #MerryChristmas

Breakfast with the fam! pic.twitter.com/OqdpuD0Hzd

Merry Christmas and Happy Holidays from my family to yours.

The Carny Zoo wishing everyone a #MerryChristmas and #HappyHolidays

Merry Christmas from the Pickett's @russellpickett Bonnie and me

Merry Christmas to everyone. Hope Santa brought you everything you wanted. Especially if you were naughty! pic.twitter.com/c1wMAomZmR

A resident we took care of died. He asked that we take care of his dog when he passed. Best Christmas present ever. pic.twitter.com/5VyKV6bprl

So this happen!!! Merry Xmas everyone! And thanks to my future wife @msdelpino for mine and Tanks gift E então. O Tanky agora virou skatista. Feliz natal!!!

Post by BJ PENN.
This article appeared first on BJPENN.COM