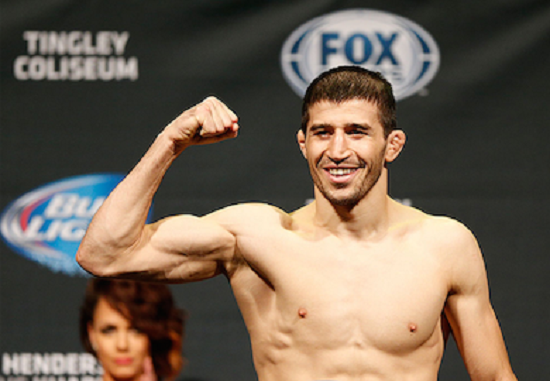 Rustam Khabilov has been forced out of his UFC 182 bout against Danny Castillo of Team Alpha Male, in early 2015.

MMAJunkie broke the story, which stated that due to visa issues, Khabilov would be unable to compete on the card, and the UFC would be seeking a replacement.

Khabilov’s last outing came as a loss to former champ Benson Henderson in a one-sided bout that saw Henderson get the submission win.

The UFC 182 lineup is currently as follows: