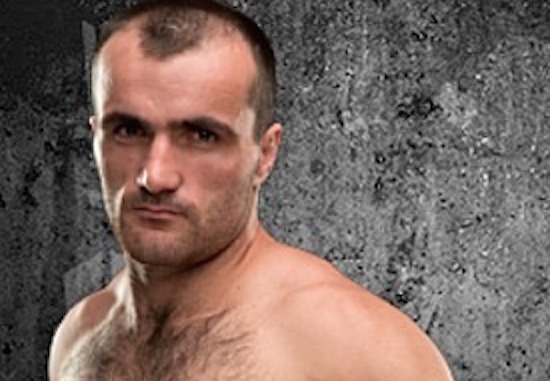 MMA.TV breaks it down at great length:

In Aug, the fighter’s manager asked that he be released from his Bellator contract.

Now Khasbulaev has taken to Twitter and alleges that rather than fight long and hard, Rebney sabotaged his visa application ahead his title shot at Pat Curran.

Caplan addresses the allegations in the latest MMA Insiders Podcast.

“First off, the accusations that he levied against me, at least towards me, as far as I’m concerned, are 100% false,” said Caplan. “And I have written documentation that supports that – that shows for the last couple of years I was engaged with Bellator counsel, our in house counsel, as well as an immigration attorney that we had hired on an outsource basis.

“These emails show a thread of communication, of me going back and forth with them, and asking them questions, getting updates, getting information, pertaining to Frodo Khasbulaev getting his visa revoked. And then the process that we undertook to assist him in reapplying and trying to get his visa back. And it contradicts his timeline. It shows that there was work being done on his behalf by Bellator attorneys after the date on which he claims that the petition was withdrawn.

“I was dealing with this situation up until my departure from Bellator in August. There’s an email, dated I believe August 17th, that depicts that as well, with communication from (the) Bellator attorney, our in house counsel, giving another update, stating that his visa was revoked, and that we were not successful in getting the visa reinstated. So I don’t know where he’s getting his information.

“He claims that there is a letter from the US embassy that names Bjorn Rebney and I in the letter. I’m trying to see if I can obtain that letter from him, or from a member of the media. Because it is very uncharacteristic for you to get that level of description from an embassy telling you why a visa was revoked.”

“Usually it’s very general, it’s a general term that they give you, of denial, and they don’t really go into specifics, and they are really limited on the access that you have to the embassy to ask them follow up questions, and get a defined answer in great detail.

“So what he’s stating, I’m not saying it’s impossible, but it’s very uncharacteristic for the embassy to do something like that. But beyond that the time line he states is completely inaccurate. And I have documentation that supports my claims. And I have made that documentation available to you and to one other reporter in the MMA media. So I am looking forward to my story getting out there in a broader perspective. So that people can really decipher the truth.

“I can’t speak for Bjorn Rebney, and Bjorn probably isn’t going to speak for himself. That’s just not what he’s going to do right now. From what I’ve been told, he’s working on other things outside the realm of MMA. He’s been very silent on his Twitter account, and very silent publicly. I don’t think we’re going to hear from his again until he has another endeavor he’s going to launch and promoter.

“Bjorn had absolute power in Bellator when it came to these kinds of things. For all I know he could have went and maybe withdrawn it himself. But if you look at the communication from our attorneys and the emails I’ve made available to you Jason and to also another reporter, it shows that there were people working on this in Bellator that aren’t Bjorn and I.

“Who ever was using that Twitter account, whether it was Frodo or his management or someone else, they made the claim that the motive for Bjorn and I to withdraw this visa petition was because we didn’t want him as our champion which is completely ridiculous.

“Because I can tell you this, if we didn’t want Russian fighters with limited English as our champions, we wouldn’t have signed so many Russians!”