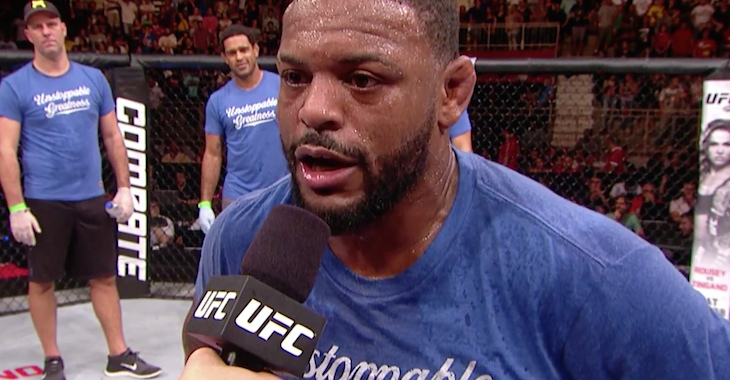 “Ben’s a great competitor. He’s a former champion and he’s going to bring the fight to me.

Nobody in this division can beat me right now at this point. I want that title and I’m going to hold it for as long as possible. If I get a fight with Ben, then that title fight is mine— I believe that.”

While on the broadcast of UFC Fight Night 63, Michael Johnson wants a title shot and proceeded to call out Ben Henderson!